First Imperial Credit Union launched its ninth ATM location in partnership with El Centro Regional Medical Center at the hospital in El Centro. The new addition becomes a convenience for members and non-members alike in the area for cash withdrawal services. Members looking for a surcharge-free ATM will benefit from the added location. This marks the first time that First Imperial Credit Union has had an ATM available at a healthcare facility.

“Offering an ATM at a highly visited hospital like El Centro Regional Medical Center is one of the many ways we show our members and community that we want to be convenient for them both within and outside our branches,” said Fidel Gonzalez, President/CEO of First Imperial Credit Union. “We appreciate the support of ECRMC officials and look forward to our partnership and improving our members’ experience with FICU.” 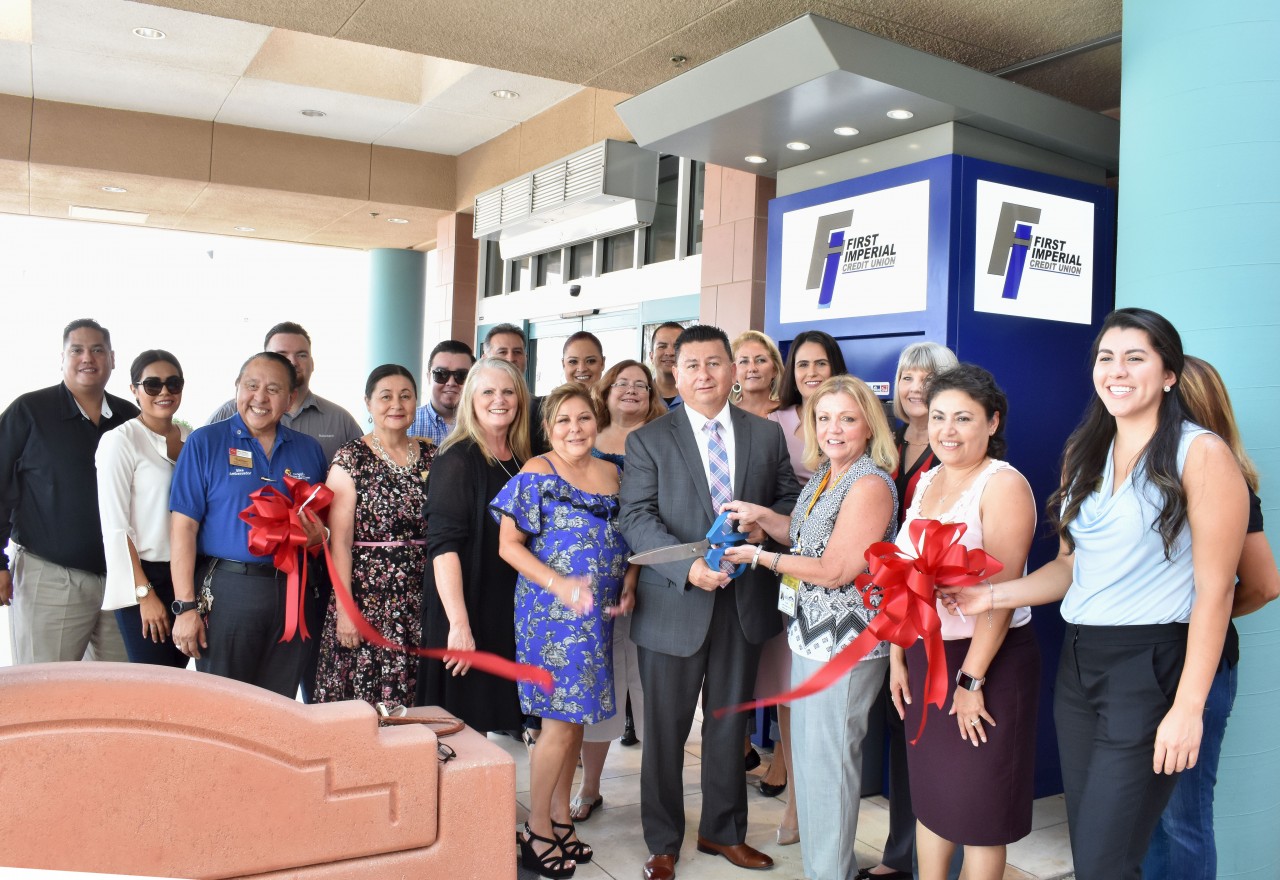 The ATM installation was celebrated with a ribbon cutting ceremony August 21 by the El Centro Chamber of Commerce. In attendance were chamber officials, ECRMC officials and FICU administrators and staff.

As part of the Co-Op Network, the ATM is part of more than 30,000 Co-Op ATMs located across the United States and benefits consumers with all the perks of its services, including surcharge-free withdrawals for credit union members. The new First Imperial Credit Union ATM is located outside the main entrance of the hospital off of Imperial Avenue.